My friend Theo is in a funk band called More Fatter and asked me to make a concert poster for their August show! I had the idea to make the guy look like he was smoking a trumpet while I was running.

I spent an unnaturally long time doing the letters for More Fatter, because I was focusing on getting them just right. Of course, as I always find, doing the drawing in pencil was just an extra step , as I eventually had to turn this graphic. 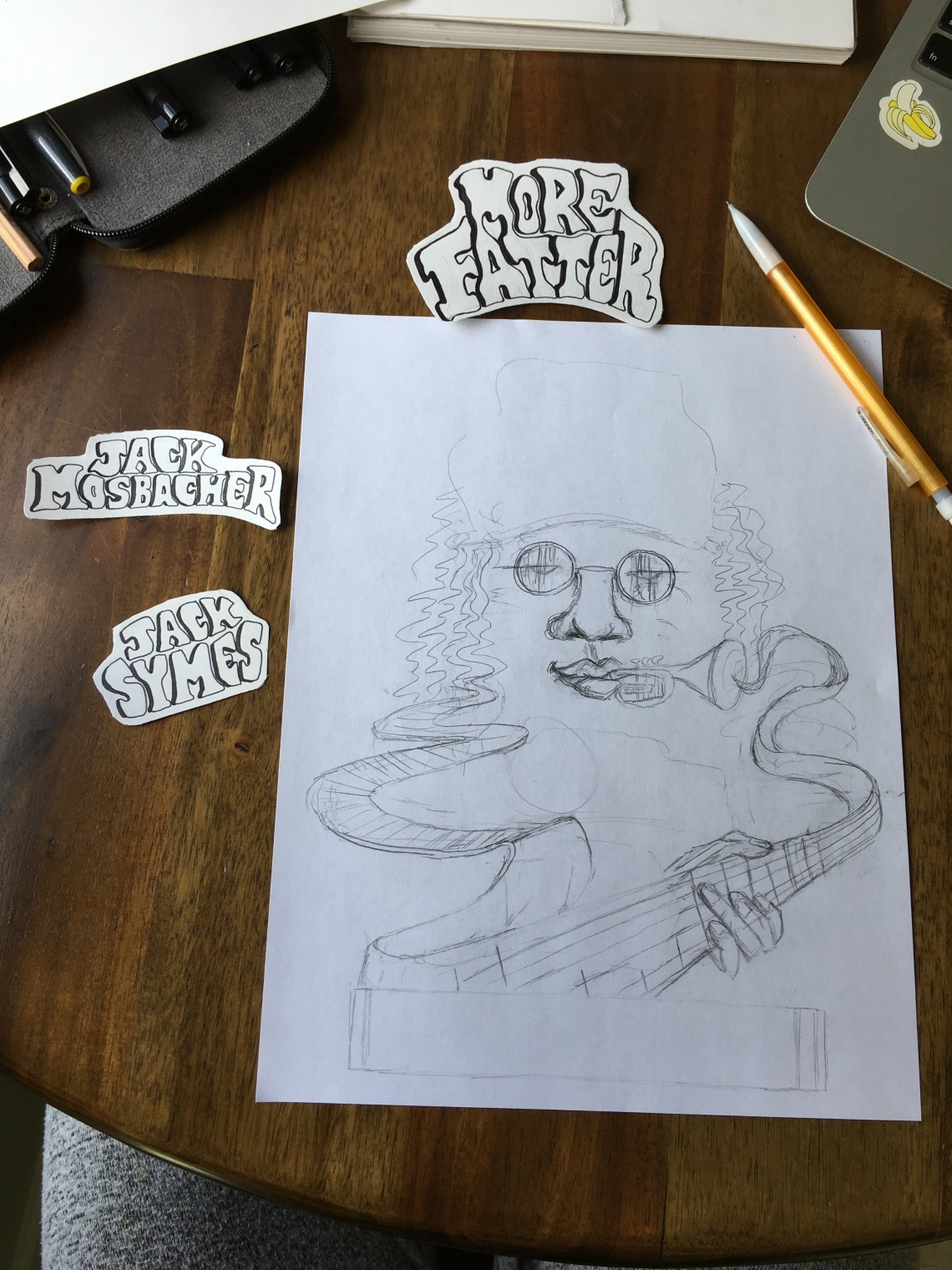 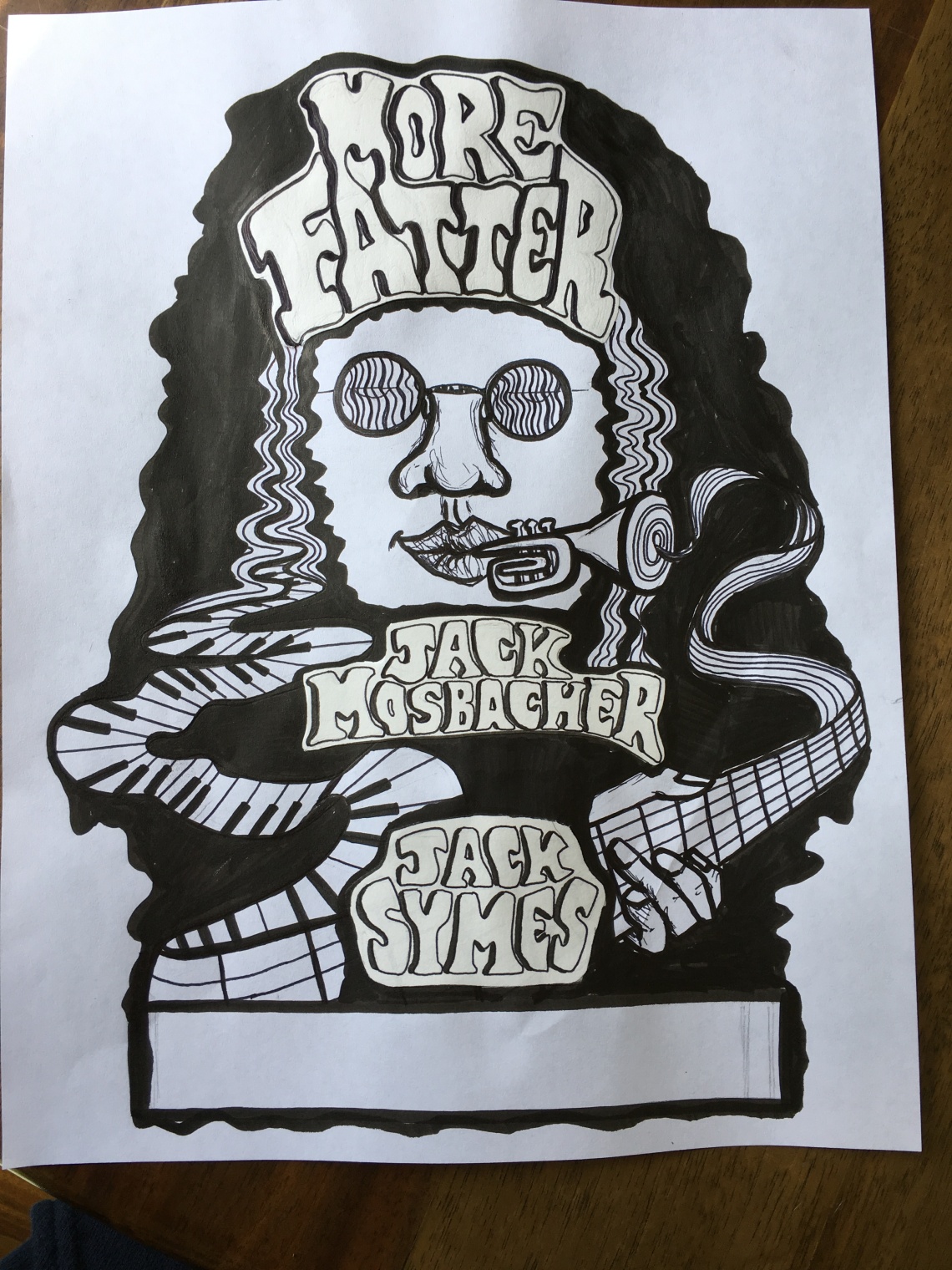 I finished the drawing above only 20 minutes before I needed to leave for a flight to EUROPE!!! Talk about last minute Elise. (I always put these pressures on myself without the commissioners asking me to).

On the plane to Europe (to visit my sis Gianna), I worked graphically. My Wacom tablet died so I used majority of the flight just working at this with my finger on my touchpad.

The line up changed and I had to reorient the whole damn thing!

Luckily I had just gone to a Photoshop class and learned a lot more tools that made this process astronomically faster. I also had my tablet…so that was coo. 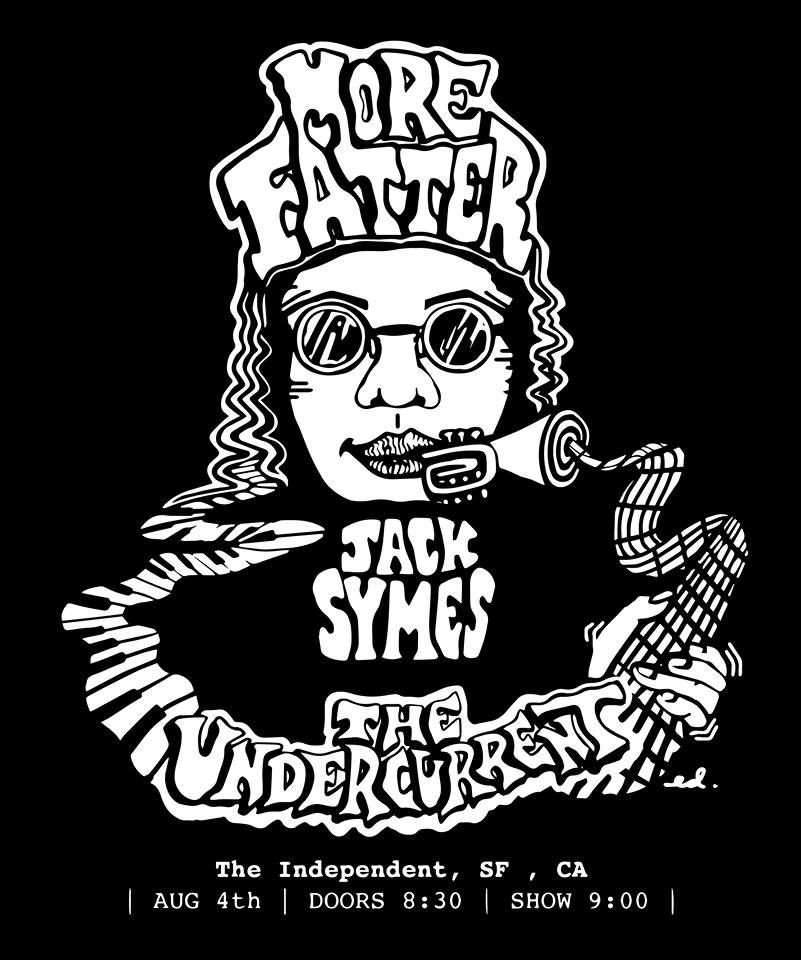 I was super super proud of the finished product! Altogether this took me several hours from the sketch to the final but it was a very valuable learning experience.

Always down for more opportunities like this one! If you know of something, hit me up!! 🙂